The third meeting of Forum Strategy’s #TrustLeaders CEO Strategy Group on Staff and Pupil Wellbeing took place on 25 May. The session was chaired by Gary Wilkie, CEO of Learning In Harmony Trust, with contributions from Chris Tomlinson, CEO of Co-op Academies Trust; John Brady, CEO of School Advisory Service; Jeanie Davies author of ‘The Trust Revolution in Schools’; and Georgina Newton, Associate Professor at Warwick University and co-founder, alongside Jeanie, of http://schoolgenie.co.uk/. The group is one of three currently looking at key and current strategic issues for trust CEOs.

Gary began the session outlining the continued importance of having a strategic approach to staff and pupil wellbeing, setting out his hopes that the session, and the high-calibre of contributors, would provide valuable support to colleagues in doing so. He added that while there can be ‘no set formula’ to creating this strategy, (since each trust, and each individual school, has its own unique context), a thoughtful and bespoke strategic approach to wellbeing is vital for every trust – more so than ever, given the turbulence of the past year.

In conversation with Chris Tomlinson, CEO of Co-op Academies

Chris Tomlinson, CEO of Co-op Academies, was welcomed to the session, and Gary posed a number of questions to Chris regarding his trust’s approach to wellbeing. Chris began by outlining the fundamental importance of the Co-op’s vision and values (Our Values – Co-op Academies (coopacademies.co.uk) to everything they do, and how these provided invaluable guidance and direction in the development of their wellbeing strategy. He added that the values had also provided great comfort and reassurance during the pandemic, when so many decisions had to be made rapidly; reflecting on whether each decision was inline with the values was of immense help during this time. This point resonated with many of the trust leaders present, who also felt that having strong trust values had aided them when having to make difficult decisions quickly. During the pandemic, Co-op Academies were decisive in swiftly providing all FSM and vulnerable families with food vouchers. By the second full lockdown in January, all FSM and vulnerable pupils had been provided with a chromebook, ensuring that every pupil had an equal opportunity to access the online learning provided – demonstrating clear action in line with the Co-op academies values of Equality and Equity.

”Most pertinently, a mental health network was established, made up of a ‘Mental Health Champion’ from each school within the trust. This provided an opportunity to discuss strategies to support the mental health of staff and pupils, as well as to feedback on any areas where more support could be provided.”

Gary then moved the discussion on to the wellbeing of staff and senior leaders, asking how, through such a difficult time, Co-op Academies trust had supported stressed and anxious staff? Chris admitted that he had felt a great deal of responsibility in supporting staff through this time. At the beginning of the pandemic, he explained that the trust took a very cautious approach regarding clinically vulnerable staff, and moving out of the pandemic, they are still taking a very individualised approach. Staff wellbeing was also supported through the development of trust-wide networks, which Chris believes staff took great comfort in. Most pertinently, a mental health network was established, made up of a ‘mental health champion’ from each school within the trust. This provided an opportunity to discuss strategies to support the mental health of staff and pupils, as well as to feedback on any areas where more support could be provided. Chris explained that developing networks and opening up those lines of communication was vital, not least because any expertise across the trust could be shared, at a time when no-one felt like the expert, in the face of such unprecedented events! The mental health network is set to continue into the foreseeable future, through post-pandemic recovery and beyond.

“Data from the surveys will be used to further improve existing mental health provision, informing the development of bespoke action plans for each school, developed in collaboration with their staff, parents and pupils.”

Chris stressed the importance of the lessons learned during the pandemic, and the importance of continuing to build upon wellbeing strategies that had been established moving forward. Chris shared Co-op Academies’ ongoing work in partnership with the charity Mind. This has involved gaining feedback from staff, parents and pupils from each individual school in the trust, regarding mental health, through surveys. This feedback has been collected in a very intentional and proactive manner, so it can be used to ensure that the right interventions are put into place at the earliest possible point. Data from the surveys will be used to further improve existing mental health provision, informing the development of bespoke action plans for each school, developed in collaboration with their staff, parents and pupils. These action plans will contain strategies to address the most prevalent needs of each school, and its wider community.

Chris then reflected on the balancing act which lies ahead, in making sure pupils catch up on missed learning, without piling too much pressure on staff and potentially causing their wellbeing to suffer. Gary added that over the next year it will be vital for leaders to set out what the most important priorities will be in their trusts (such as wellbeing of staff and pupils), and to continue to ‘measure what matters’. Having clear values – and staying true to those as a trust – will be essential. Being part of strong networks, such as those provided by Forum Strategy, will also be vital for trust leaders in order to support one another in continuing to focus on the things that are most important.

Finally, Gary asked Chris how he manages to ensure that, as well as looking out for the wellbeing of his staff and pupils, he also looks after his own wellbeing? Chris shared the view that if you’re looking after others, it is imperative that you also remember to look after yourself, and what that looks like will be different for each individual. He added that it is also vital to model to staff that you make your own wellbeing a priority. This sentiment was echoed by many of the CEOs present, who agreed that leaders must be vigilant not to fall into the trap of neglecting their own wellbeing in caring for others, and with one participant noting that ‘how a CEO presents affects the whole system.’ Another added, ‘we are seeing greater burnout from school leaders than at any time in the last 2 decades – so leaders walking the talk and taking care of themselves has never been required more.’

The ‘Trust Revolution in Schools’

The group then welcomed Jeanie Davies, author of ‘The Trust Revolution in Schools’ and Georgina Newton, Associate Professor at Warwick University and co-founder, alongside Jeanie, of http://schoolgenie.co.uk/.

Georgina began the input with stark figures on the retention of teachers. These included that only 1 in 10 teachers stay in the profession through to retirement (meaning that 35,000 teachers a year are leaving the profession before retirement), and that 40% of newly qualified teachers leave the profession within just 5 years. Through their research, Georgina and Jeanie had found that the most prevalent reason for leaving teaching is toxic and fear-based staff cultures, which result in staff feeling isolated, anxious and insecure. However, on a more positive note, a large proportion of those thinking of leaving the profession said that if the culture within their school changed for the better, that they would stay, on average, another 8 – 10 years.

While workload, government pressures and ideology are often cited as the reasons that teachers underperform, or choose to leave the profession, the reality is that these are ubiquitous pressures across the school system. According to Jeanie and Georgina, the reason some schools thrive and retain staff despite these pressures, while others do not, is in a very large part dependent on the school culture that these pressures ‘hit’. Jeanie and Georgina explained that the approach outlined in Jeanie’s book, ‘Trust Revolution in Schools’, and brought to life through their co-founded ‘School Genie’ programme, is designed to turn around fear-based staff cultures and create a working environment that builds trust, belonging, and improved staff wellbeing. As a result, retention is increased and staff can flourish.

The book and the programme are both based on an in-depth understanding of human psychology. Since all human beings are the product of millenia of evolution, the systems we have developed within our bodies and minds to keep ourselves safe from external threats are still the same as those of a pre-modern human, primed, for example, to keep us safe from predators. These are known as our fight, flight and freeze responses. At the same time, we have also evolved to stay connected to others and to be part of a tribe in order to aid our survival. This has made us social creatures, who depend on secure relationships and attachment bonds in order to feel a sense of safety and wellbeing. These basic emotions do not have boundaries according to context. They can be triggered in both personal and professional settings; something which is usually overlooked by organisations.

Jeanie explained how this knowledge of human emotions can be useful to us in supporting staff wellbeing through creating a more positive environment, and building a culture of trust.

-Allowing for failure, and seeing it as an opportunity to learn

-Feeling able to give and receive robust and curious feedback

Together these four facets help to calm the fight, flight and freeze responses, and create an environment of safety, security and belonging.

(Note that Schools Advisory Service are part of a ‘paid partnership’ with Forum Strategy. Forum Strategy’s partners are also chosen based on their expertise and ethos.)

Rounding off the session, John Brady, CEO of Schools Advisory Service (SAS), reflected on the latest statistics regarding teacher’s health and wellbeing. From January to 30 April there has been a 28% increase in absences due to mental health issues. Worryingly there has also been a 26% increase in mental health problems that pose a ‘risk factor’ – which has meant much more crisis intervention has been necessary.

It’s no surprise then, that the SAS service that has been accessed most widely by teachers is counselling. Physiotherapy is also being accessed widely, and take-up has also increased, likely due to NHS back-log as a result of the pandemic. Certainly having access to care and support can help to mitigate the current challenges, and this is helping to ensure some staff are remaining in work, where appropriate, despite health challenges.

On a positive note, SAS’ mindfulness resources for staff and pupils have been very popular (as the third and fourth most accessed resources), as has wellbeing planning (fifth most accessed) – all of which suggest that teachers are trying hard to be proactive, and to take personal responsibility in protecting their mental health and wellbeing.

In conclusion, Gary reflected upon the success that the trust leaders’ wellbeing group has had in bringing like-minded people together, and the value of the sessions over the past year was echoed in the responses from those present. Gary also reflected upon how proud he was to have been part of the work that Forum is doing in bringing trust leaders together to learn from one another on the issues that matter.

Members can download the slides from the session in the members area.

You can read summaries of the previous meetings at:

Find out more about the other two CEO strategy groups here: 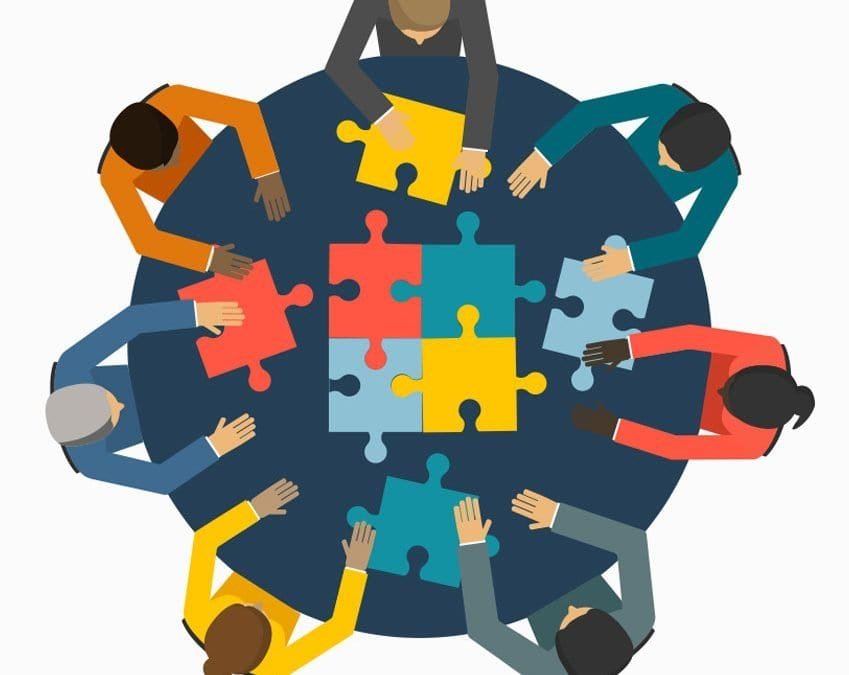 Forum Thinkpiece: The SEND Green Paper; What next for Trust Leaders?

END_OF_DOCUMENT_TOKEN_TO_BE_REPLACED 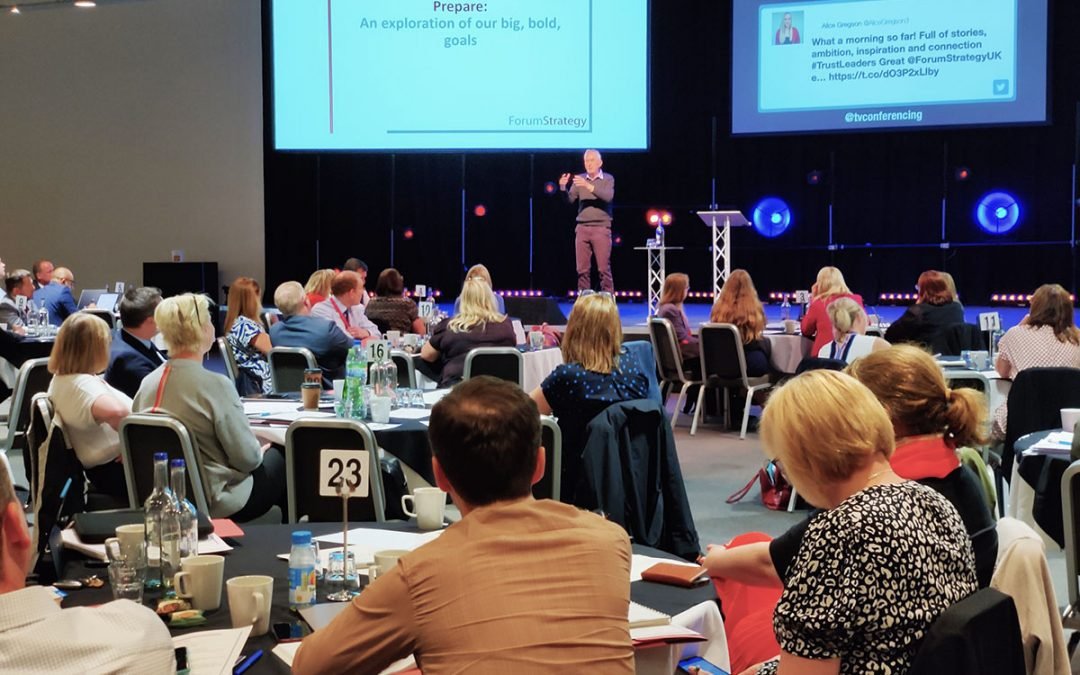 ‘Accomplishment at Scale’ - with Sir Michael Barber, Maggie Farrar; and Sir Steve Lancashire    Introduction; A day of purposeful learning and collaboration… On 8 June 2022 we were delighted to welcome over 100 delegates from across the country to the inaugural...