Redefining leadership: Being the CEO in the post-pandemic era

We are delighted to announce our fifth annual conference will take place this year on 29th September 2021. Please save the date and bookings will open in early June. The theme for this year will be ‘Redefining leadership; CEOs shaping a better future in a post-pandemic era’. We will hear from a diverse, highly credible range of speakers and industry leaders on the implications of the new world and what it means for successful organisational leadership. In doing so, the event will cover a range of timely topics  for CEOs including horizon scanning of key societal trends; understanding how our brains process and react to the influence of technology, change, and uncertainty; the connection between social mobility and technological change; and CEO wellbeing and how you can thrive and stay healthy whilst continuing to be the best leader you can be. The conference will include inputs from highly reputable and serving CEOs who will give you their views, wisdom and insight on how they plan to emerge stronger than ever in the post-pandemic era.

The conference will take place at Nottingham Trent Vineyard Conference Centre, a modern state of the art venue specialising in event delivery. Our intention is for the conference this year to run as an ‘in person’ event. We know the last 12-18 months has been incredibly challenging for everyone and it’s important for members to be able to meet and network where this is possible. However, we will keep up to speed with the latest government guidance and should an in-person event not be feasible, we will move to online delivery. Should this be the case, all members will be notified.

At this years conference

Confirmed speakers so far include: 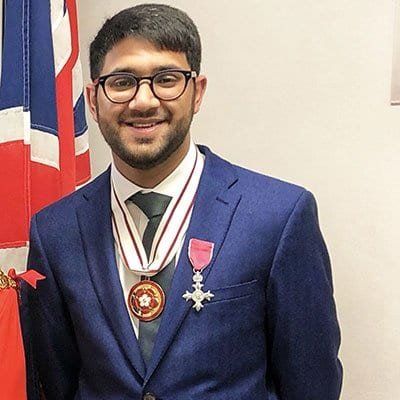 Saeed’s grandparents migrated from India in the 1950s and he was brought up in Bolton living in Deane and attending Pikes Lane Primary School. He then moved to Hulton and entered Ladybridge High School.

After school, he went on to higher education in Bury and Manchester, where he graduated from Manchester Metropolitan University with an MSc in Public Relations.

From the age of 15 Saeed has developed a strong involvement in the media, especially magazine publication and broadcasting. This was triggered by articles that appeared in the press criticising young people after the riots of 2011. Saeed decided to act directly by editing his own magazine – Xplode. Despite still being at school, he pitched the idea of a youth magazine to O2, created by and for young people. They loved the idea, funded it and supplied a mentor.

By 2013 the decision was made to set the magazine up as a registered charity and readership has subsequently rocketed to the point where 7500 printed copies are produced.

Today Saeed is the Chief Executive of the charity where young people are given real work experience and develop their life skills.

Saeed was appointed MBE by Her Majesty the Queen in the 2019 New Year’s Honours List, was appointed Deputy Lieutenant of Greater Manchester in July 2019 and married Maryam Kara in February 2020. 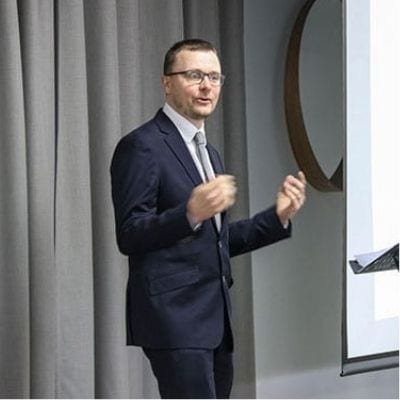 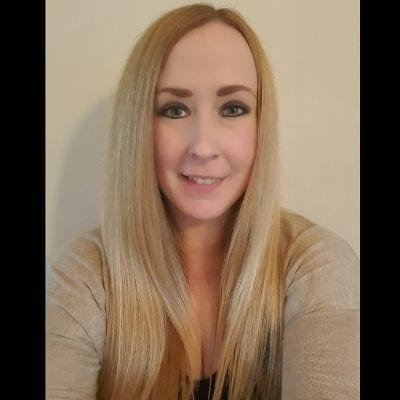 Michael Pain is the founder of Forum Strategy and an entrepreneur, overseeing the development of successful businesses and a national network of well over one hundred Chief Executives. He is a long-standing strategic adviser to CEOs and Chairs, a ‘sought after’ coach to leading executives, and author of the acclaimed book: ‘Being The CEO‘. Michael was Called to the Bar at Lincoln’s Inn in 2007. He received in-house training in coaching and mentoring at the National College for Teaching and Leadership, where he advised the CEO and executive team for almost five years.

Alice Gregson started work leading workforce planning projects for Nottinghamshire County Council Adult Social Care. She then joined the National College for School Leadership in 2010, working on the headteacher succession planning programme and then leading equality and diversity work. Since leaving NCSL, she became an ILM qualified coach and mentor, developing over 50 Civil Service leaders in the Fast Stream Programme before moving onto police leadership development, attraction and recruitment at the College of Policing for the last five and a half years. She has continued to have a foot back in education undertaking programme management consultancy for some Trusts alongside her College role. As a certified project and programme manager, Alice has run large scale operations across multiple sectors and delivered multi-million pound programmes of work of varying focus and scope including large technology transformation and culture change initiatives. 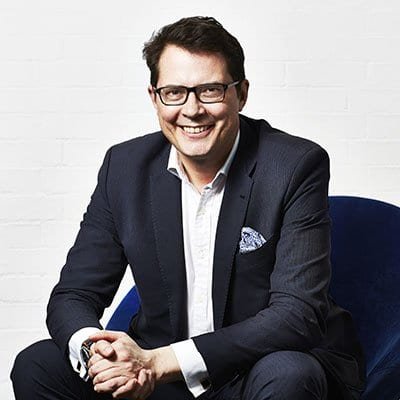 Looking at the bigger picture  – key trends and strategic considerations for the year ahead: Ben Page, CEO, Ipsos MORI

Ben Page is Chief Executive of Ipsos MORI in the UK and Ireland.  He joined MORI in 1987 after graduating from Oxford University in 1986, and was one of the leaders of its first management buyout in 2000. He has been CEO since 2009. A frequent writer and speaker on trends, leadership and performance management, he has directed thousands of surveys examining consumer trends and citizen behaviour. From 1987-1992 Ben worked in our private sector business on corporate reputation and consumer research, working for companies like Shell, BAE Systems, Sky TV and IBM. Since 1992 he has worked closely with both Conservative and Labour ministers and senior policy makers across government, leading on work for Downing Street, the Cabinet Office, the Home Office and the Department of Health. He is a visiting Professor at Kings College London, Fellow of the Academy of Social Sciences and serves on the ESRC Council and the CBI Council for London. 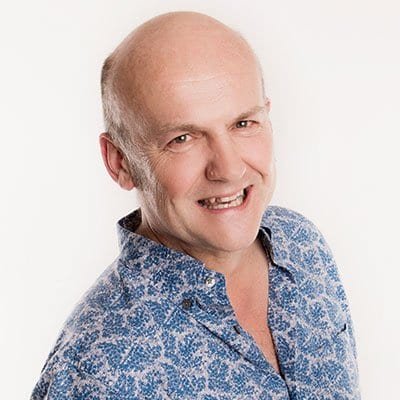 Professor of Neuroscience and Education at the School of Education, University of Bristol

The neuroscience of learning and working in 2021 in a changing world: Professor Paul Howard-Jones

Paul Howard-Jones is Professor of Neuroscience and Education at the School of Education, University of Bristol. He was a school Technology teacher before becoming a teacher educator and school inspector. Since arriving at the University of Bristol in 2003, he has researched at the interface between neuroscience and education. He uses methods including brain imaging and classroom observation to understand learning processes and their potential relevance for educational learning. He is also a presenter on Channel Four’s “Secret Life of 4/5/6 Year Olds” and other broadcasts, and his book “Evolution of the Learning Brain” is available from Routledge. 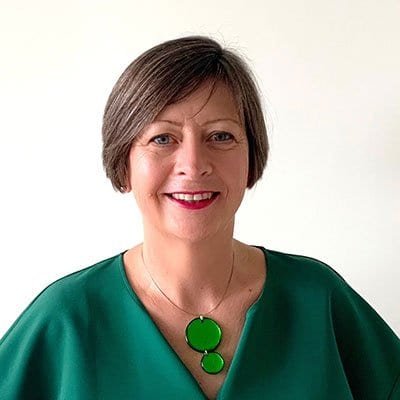 The impact of the pandemic on social mobility and opportunities for closing the gap through digital strategy: Liz Willams MBE, CEO of FutureDotNow

Liz is a long-term campaigner on the importance of everyone benefiting from digital technology.  She is CEO of FutureDotNow, a business to business coalition focused on accelerating the UK’s digital skills at scale.  Prior to that, she led BT Group’s digital and social inclusion strategies and cross-sector collaborations with government, civil society and other leading businesses.

Liz is Chair of the Good Things Foundation, the UK’s largest charity focused on supporting digitally and socially excluded people to improve their lives through digital, and a trustee of the London Transport Museum.  She sits on the Board of the Government’s Digital Skills Partnership and was appointed as a social mobility commissioner by the UK Government in 2018.

Liz was awarded an MBE in the 2019 Birthday Honours for services to digital literacy and social inclusion.  In 2020 she was named by Computer Weekly in the top thirty most influential women in UK IT and was a finalist for the Women in Telecoms Awards at the World Communications Awards. 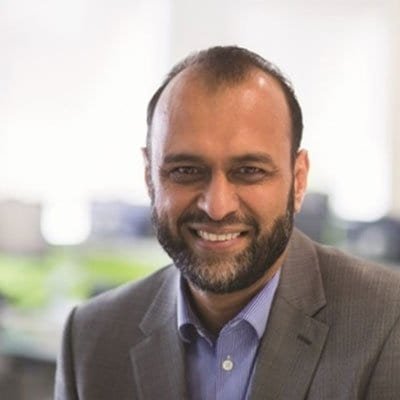 Being The CEO – the experiences of CEO leading a large charitable organisation and his plans to emerge stronger post-pandemic: Javed Khan, CEO, Barnado’s

Dr. Javed Khan is a leading figure in the UK public and voluntary sectors, regularly advising government ministers, with high-profile contributions in the media, and at national and international conferences. He leads Barnardo’s 21,822+ people, being the largest children’s charity in the UK. With over 800 delivery programmes, a large retail footprint, and services in all four nations of the UK, the charity supports over 358,000 vulnerable children, young people, their families and carers each year.

His non-executive board roles have included NHS Clinical Commissioning Groups, Hospital Trusts and local government improvement. He is a Companion of the Chartered Management Institute and a Patron of the National Citizen’s Service, and was a key member of the Independent Grenfell Recovery Taskforce and Specialist Advisor to the Justice Select Committee’s Inquiry into Prison Reform.  Javed’s career achievements have been recognised by Honorary Doctorates from Birmingham City University (2015) and the University of Salford (2018).

He began his school teaching career in the West Midlands, and made rapid progress, becoming head of department, assistant principal and then director of development in a large further education college. He then entered local government as an Assistant Director in Birmingham’s acclaimed Education Services, under the leadership of Professor Tim Brighouse, and then to Director of Education in a London borough. Before arriving at Barnardo’s, Javed had a short stint in the Civil Service from where he went on to become Chief Executive at Victim Support.

As a British Muslim with Kashmiri heritage, Javed is the first non-white CEO in Barnardo’s 154 year history. The son of Kashmiri immigrants who could neither read nor write when they arrived in the UK, Javed is a passionate advocate of the Barnardo’s philosophy: incredible things happen when you believe in children.

Booking for this event will open soon

Click Here
We use cookies to ensure that we give you the best experience on our website. If you continue to use this site we will assume that you are happy with it.OkNoPrivacy policy